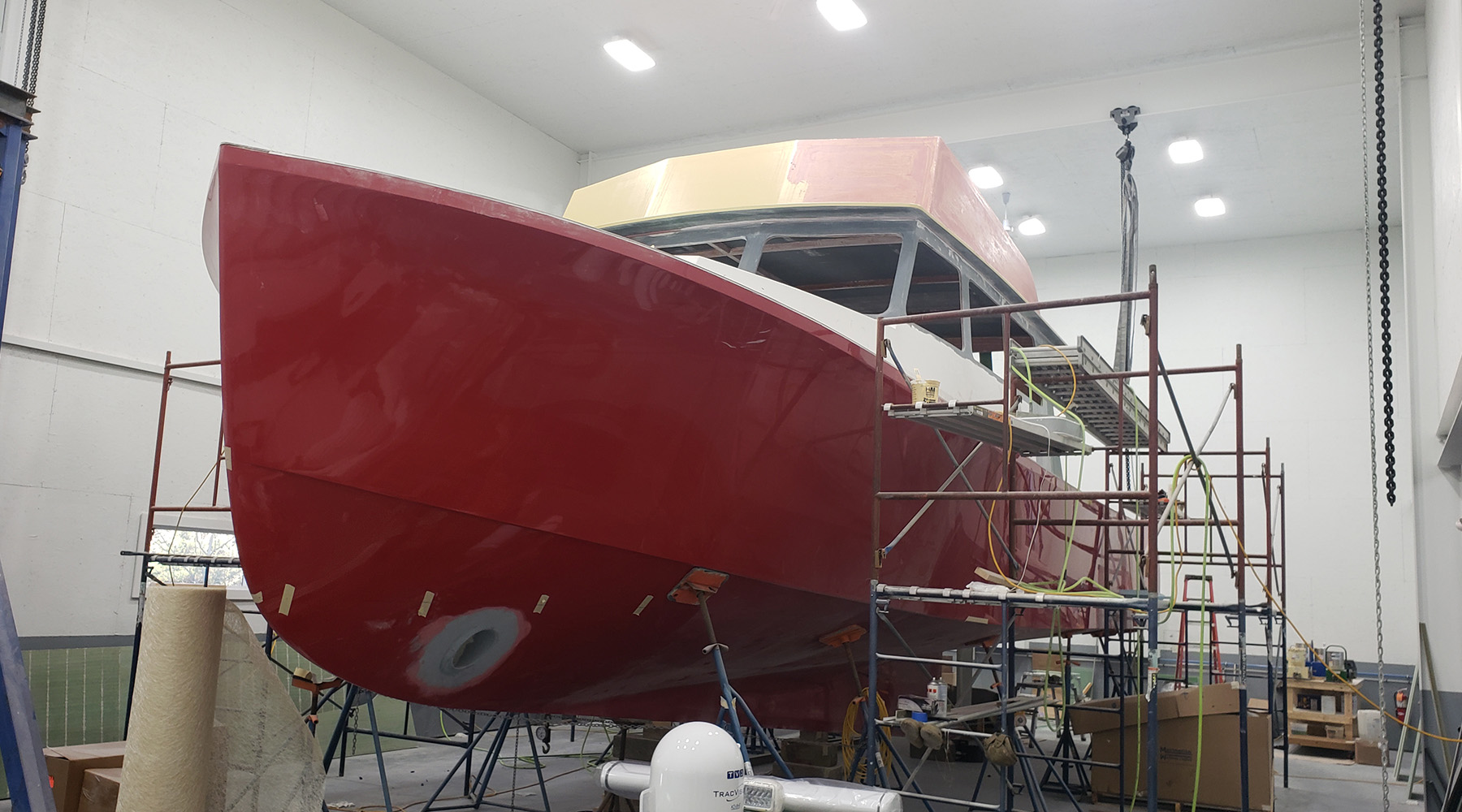 A Mussel Ridge 46 was trucked in last fall to the Samoset Boat Works shop in Booothbay. The hull had her stringers with engine (1,003-hp C-18 Caterpillar) in place and deck/cabin on. This boat was going to be finished out as a sportfish for a customer from Long Island, New York.

Once inside, the hull was entirely ground and then they started building the structure for under the platform. They built partial bulkheads around the fuel tanks, extended the stringers up for the livewells, built the platform in the engine room and then started framing out the deck. They then framed and decked over the salon sole, and with this level platform they cut the sides of the house and raised it four inches for added headroom. They built a new cabin top as they needed one longer (18½-feet) and with added strength for the flybridge and tower attachments.

Once everything was done in the engine room, they put on the hardtop. Next, they started building the flybridge as well as beginning the interior joinery. For accommodations she as an owner’s cabin forward, a bunk bed with two bunks, head with an enclosed shower, and an electrical/electronics locker. Up in the main cabin she has a dual-helm seat, galley to port (two-burner electric stovetop, massive galley sink, refrigerator/icebox under the galley counter and microwave), a wrap-around settee to port and a big sofa to starboard, which can be used as another berth. She also has a 9 kw genset, Sea Chest, Pacer pump, two A/C systems and all the accessories needed for a well-appointed sportfish. There is no wood and only epoxy was used.

Currently the team at Samoset Boat Works is fairing the joiner work in the salon and flybridge to get it ready for paint. They are also working on the wire chases and the hydraulic hose chases that go underneath the wash rails port and starboard. These are for the bandit reel back and the livewell in the cockpit, which also has tuna door, 14 rod holders, greenstick, outriggers, steering station with 12-inch hauler and davit. They are also trying to figure how to run a boom-crane off the pilothouse top so they can unload fish from the fish holds.

This project will conclude mid-winter but will remain in the shop and be launched in the spring. 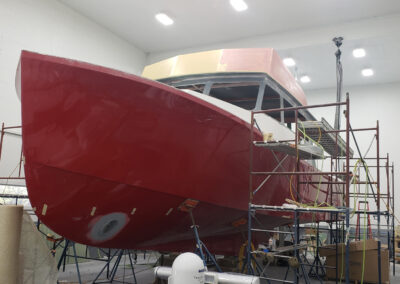 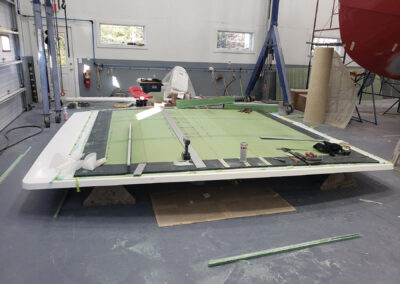 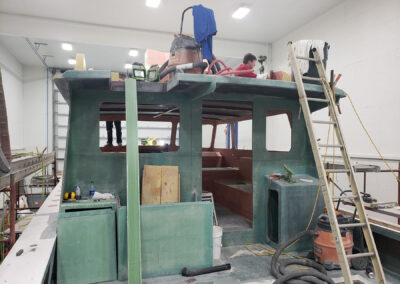 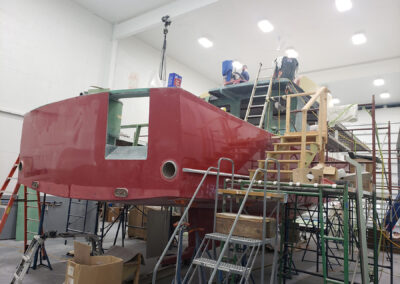